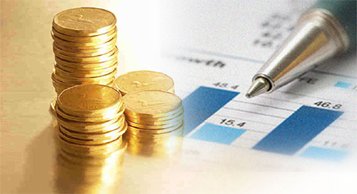 2013 was most memorable for all the things that did not happen; the euro did not fold despite fears from Greece, Portugal etc, the US did not default on its debt, China continued to grow despite so called “ghost cities” and claims of rising debt and Australia did not have a recession despite the slowdown in the mining sector. In fact what did happen was entirely positive for most investors
2013 – What did happen?

In Australia, the Reserve Bank cut the official cash rate to 2.5% as growth remained sub-par at around 2.3%. A change of Government provided a modest confidence boost, but the key development was the upswing in the housing sector followed by other indicators suggesting further interest rate cuts are getting traction.

The only surprise on the downside globally was the worse than expected performance of emerging market countries with several – notably Brazil, India and Indonesia – facing a deteriorating growth/inflation trade-off as all three countries raised interest rates.

The favourable combination of an improving growth outlook and low inflation meant the investment cycle remained firmly in the “sweet spot” for investors. But while a chase for yield continued on the back of low interest rates, it was not the simple “risk on” environment that many had become used to. Returns for the major assets are shown in the next table:

Australian shares had solid returns but they were constrained by soft growth and another year of poor returns for resources stocks on periodic China fears. Australian residential house prices had a good year as low interest rates sparked a recovery & talk of a bubble.

Unlisted assets like commercial property and infrastructure had solid returns, but listed real estate investment trusts slowed reflecting their sensitivity to rising bond yields and after 30% or so returns in 2012.

Global and Australian bonds performed poorly as government bond yields rose on the back of better growth prospects resulting in capital losses for investors at a time when low yields barely offset the losses.

Gold made it to a new all-time high and rose 22% over the year as investors sought a safe haven against falling values of major currencies.


We remain cautiously optimistic regarding the growth outlook. The cyclical pattern since the 1970s of major recessions every 8-10 years (mid 1970s, early 1980s, early 1990s, early 2000s, late 2000s) with modest growth slowdowns in between suggests we remain in a positive part of the cycle. The 2012-13 global growth slowdown has cleared the way for a continuation of the global recovery for the next few years which should help underpin growth assets.

Global monetary conditions (availability of cheap money) will likely remain very easy. As a result of the 2012 growth slowdown spare production capacity remains immense and so inflationary pressures are low. As a result while the Fed is moving to slow its quantitative easing program (printing less money), the Fed Funds interest rate is set to remain near zero out to 2015.

Interest rates are likely to remain low, although towards the end of 2014 there may be more talk of when the Fed will start to raise interest rates and Fed tapering could cause bouts of uncertainty.

For Australia, the combination of a housing recovery, gradually improving confidence, a pick-up in non-mining investment and stronger global growth are expected to result in growth pushing up to around 3% by the end of 2014. At the same time inflation is likely to remain benign and the RBA is expected to keep the cash rate on hold at 2.5% ahead of a possible hike later in 2014 which may see the cash rate end the year at a still low 3%.

What does this mean for investors?

The backdrop of improving growth but still low inflation and interest rates is positive for growth assets. But returns may be a bit more constrained and volatile than we saw in 2013.

Shares are likely to continue to push higher as the global recovery picks up pace driving strong earnings growth & interest rates remain low supporting an ongoing investor switch from cash and bonds into shares. But after the rapid gains of the last two years shares are no longer dirt cheap but around fair value.

Australian shares are likely to perform well as profits pick up and interest rates remain low, but will probably lag global shares as there is somewhat better value globally. We expect the ASX 200 to rise to around 5800 by end 2014. Australian house prices are likely to see a continued upswing on the back of low interest rates. Cash and bank deposits are likely to continue to provide poor returns, with term deposit rates falling below 4%.

2014 is likely to see more volatility than seen in 2013 with more constrained returns. But overall it should be positive for investment markets as global growth picks up a bit and monetary conditions remain ultra-easy. I get the biggest kick out of helping people, particularly people who aren’t afraid to dream big and say that anything is possible. In the beginning most of my clients come to me with a problem or an irritation that they want to deal with, once we get over this initial hurdle we quickly get on to designing an amazing future for themselves and their family.